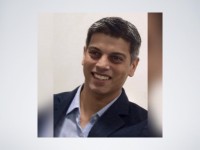 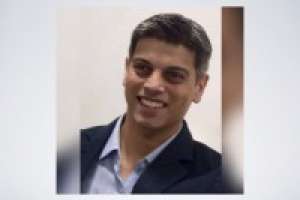 What Those who Lose their Jobs should do... but they don't!

As the door slowly opened, I peeked in. Not knowing what to expect on the other side, the sight (actually more than sight, it was the sound) that took me by surprise! My heart accelerated a little. The event had started. Some 200 plus school mates were already seated, their gaze fixed on the stage. They were looking immersed in the proceedings, and their comments exposed their nostalgia. The anchor looked much older to me, but I had to convince myself that he had to be my age, as it was my school re-union! I noticed that the energy in the auditorium was extremely high. The audience - fully engaged! It was a sight that corporate 'Trainers' would die for

I registered myself and quietly took the last row seat. A first bencher in school, here at the re-union I was happy to be the last-bencher*.

*Last-benchers in our school were considered to be poor in studies, and therefore they sat as far away from the Teacher's sight as possible. I wonder if other schools also had the same phenomena? Would love to receive your comments :D

I looked around the room and noticed many familiar faces. That relaxed me a little bit and I could feel the smile on my face. This was however not the first time that we were meeting- thanks to WhatsApp and Facebook. In fact in the recent past we had been socially active with several dinner get-togethers.

And then, it struck me... some people were conspicuous by their absence! And that these people had ONE COMMON TRAIT !

To understand this trait, let's take a quick test: If you get an invite to go to your school re-union at a place near you- will you go? YES or NO? If your answer is 'Yes' then my guess is that you are doing fairly well at work/life. If your answer is 'No' then you probably are in a tough situation at the moment. Agree?

Most people who skip social get-togethers can be termed as 'Laggards'. 'Leaders' are the ones who raced ahead, are more "successful" in terms of #money, #fame, #power or #position. There are exceptions to every rule, but lets focus on the Laggards here.

That brings me to the question, What is it that "Laggards" should do, but they don't?

As an Executive Coach, not only does my #coachee gain, but I get to learn too. In one such learning, I noticed that people can be put in two broad buckets: #Leaders and #Laggards. Majority are Laggards. Very few were Leaders. Nothing to do with their potential, confidence or competencies, or otherwise. Just based on who raced ahead faster in Work & Life compared to their contemporaries! Secondly, a person can oscillate from Laggard to Leader and vice versa depending on the prevailing conditions.

Now, while there are many variables, there was this one common trait... this one thing that most 'Laggards'' don't do..... networking! 'Leaders' when given a task (by their boss, or by me during our coaching) would immediately activate their 'networks' and 'delegate' as much as they could. For example if I ask them to do an activity which needs 20 things done, they would reach out to their network (friends, family, peers, subordinates, neighbours, etc.) and distribute the tasks. On the contrary, the 'Laggards' assume it as their own duty to do that task all by themselves! In the process, they take all the burden on their shoulders, work harder, and complete the task stressed & tired. The Leaders get more work done in less time, at better quality, and more happily !

Coming back to the school re-union, I noticed that those who did not turn up invariably were the ones who were struggling in their work/life. One dear friend was without a job for many months. When we heard of it, we asked each other if anyone can help? But alas, no one knew what exactly was his core area. He was not there to answer the queries!

Look at this baffling irony- the Laggards are the ones who desperately need to Network- but they Don't !

I hope this article inspires you to network more seriously! Please also check out this idea on: How you can make your #Presentations or #Interviews - memorable!

'Why' Laggards don't network can be a topic for another day!