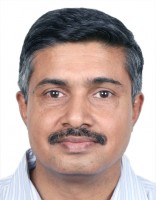 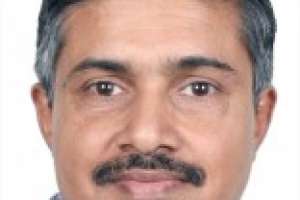 It was the late 80s. On an oppressively hot summer afternoon, our train chugged into the Meerut Cantonment railway station. Among our possessions of household items was a prized Tibetan carpet, which was packed neatly in its canvas cover. Even before the train could halt, the sight of a tall, wiry porter who jumped into our compartment confronted us. “Jai Hind Saab” he bellowed and started to lift our bags from the coach. “Wait,” I thundered. “What is your name and how much will you charge for dropping us at the cab stand outside the railway station”. “Saab my name is Rahman and I will surely not overcharge you”, he replied. By this time, the train had halted and Rahman, agile as a hare, leaped on to the platform with our bags. We too disembarked with the carpet clutched in my hands. I again asked Rahman how much he would charge. “70 Rupees, Saab,” he said. ”70 Rupees is way too much for such a short walk with just a few bags” I responded testily. Annoyed, he said, “No Saab, we are not asking too much”. I thought it was a bit too much but I was also acutely aware of being caught in an impending thunderstorm unless I ended the discussion as fast as I could.

We agreed mutually for a princely sum of 50 Rupees and Rahman dropped our bags near our cab. We reached our destination in the Defence Colony. “Welcome young man,” said Colonel Sheoran, a veteran, who was our landlord. “Trust you folks had a pleasant journey”. ”The journey was nice but the porters here are really a hardened lot,” I said. Suddenly, my wife called me aside and said anxiously, “Where did you keep the Tibetan carpet? I’m not able to find it anywhere?” We both searched frantically for the carpet, which we soon figured, had been left behind at the railway station. I resolved to go to the railway station at once and complain that my carpet had been stolen. I confess that I was barely hopeful of seeing that carpet again.

As I stepped out of the house, I was surprised to see an auto-rickshaw coming towards me. As I watched, the three-wheeler screeched to a stop right at the gate. I was completely flummoxed to see the passenger bounding out of that vehicle. Lo, behold! It was Rahman. “You forgot something Saab,” he said with a lopsided grin on his face. He reached into the luggage space and there was our prized carpet, safe and secure! A wave of relief flooded over me and I fumbled to find words to thank Rahman. I sheepishly thanked him and offered a 100 Rupee note as a token of our appreciation. “Thank you, Saab, but I cannot take this money as I felt it was my duty to return this carpet immediately. I was sure you would be very upset about its loss”. I thanked him profusely and insisted that he should at least accept the fuel charges for his trip both ways, and gratefully handed over seventy rupees to him. “Shukriya Saab” he said as he accepted the money with a smile and then left for the station. I castigated myself mentally, for having immediately jumped to the conclusion that Rahman had taken my carpet. To this day, I reflect on this incident, which now lends credence to my belief that first impressions are not always the best impressions!