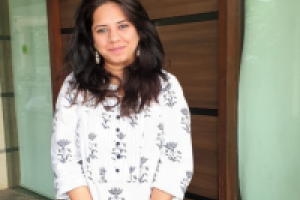 Securing a commitment from your counterpart to negotiate collaboratively

Negotiation involves a lot of give and take. At different times, the facility shift is often in your favour or against your favour. the subsequent strategies are often implemented to balance this imbalance of power –

Protect: Emphasise protecting your interests by refusing to be swayed away by arguments from the other party.

Impose: it’s going to be beneficial to impose cultural norms on other parties, e.g., posing for a contract.

Exploit: Once you have bargaining power, exploit it. It is often beneficial to use the other party’s cultural norms against them. E.g.: Forcing them to concede in order to save face.

Modify: You’ll need to alter/modify your thinking, expectations and behavior to suit the opposite party and therefore the situation.

Respect: You’ll prefer to express overt respect and acknowledge the foreign culture to integrate yourself with the opposite party.

Challenge: You’ll politely challenge or call into question your opponent’s cultural paradigms. E.g.: Asking them why they’re so concerned with time constraints.

Explain: Sometimes you’ll be required to elucidate certain cultural paradigms that may constraint the negotiation.

Exchange: Acknowledging and accepting the cultural differences of both the parties are often an honest way of moving towards resolution.

Integrate: When the counterparty holds more power, it’s going to be beneficial for you to adapt to their cultural negotiation style.

Each of those strategies also depends on, the trust afforded by each party, the complexity of negotiation and the way much the parties depend upon one another.